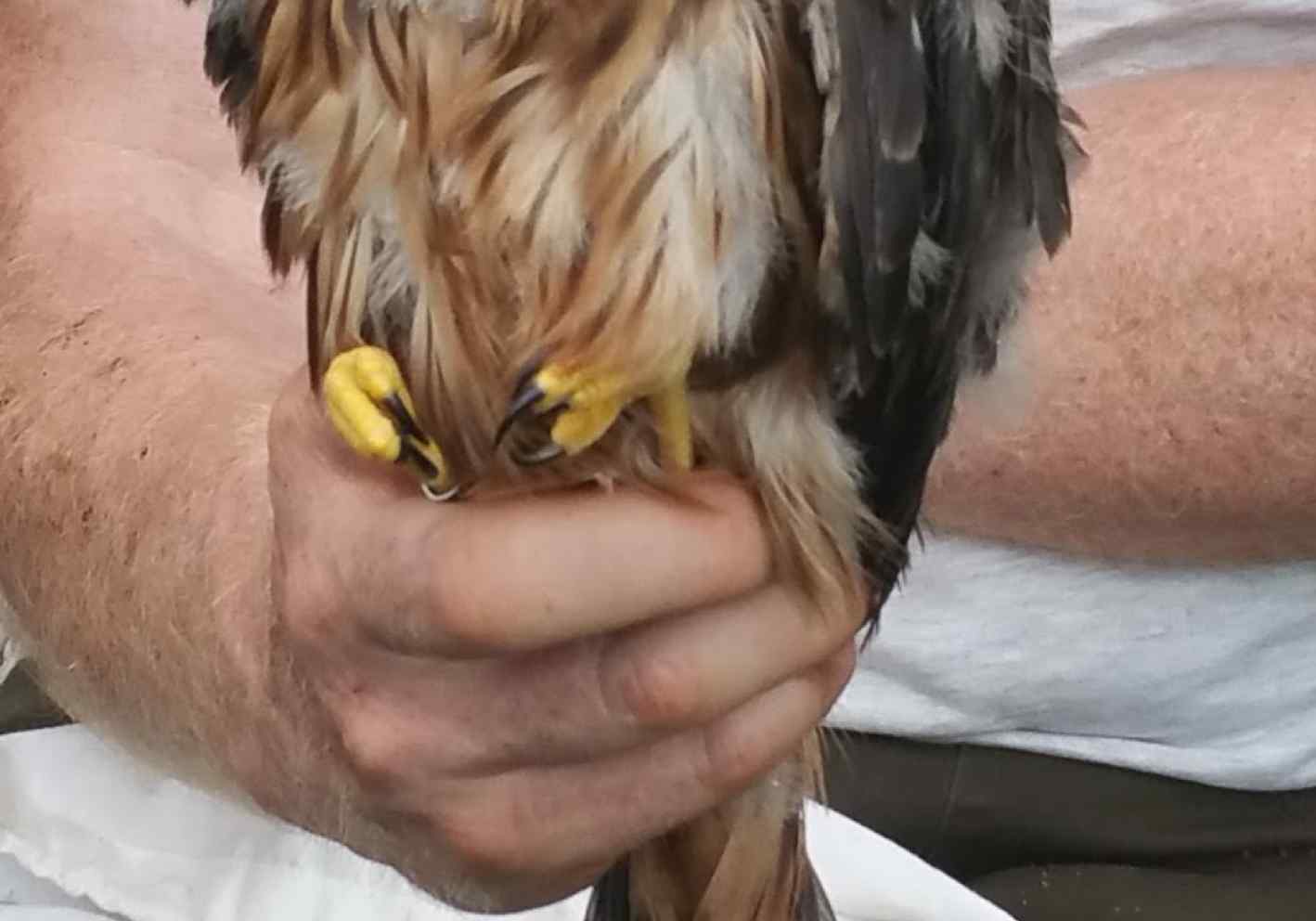 This male was tagged on 7/7 at a site in the Ballyhoura Hills, North Cork, at approx. 28 days old. It’s nest site was in dense heather/gorse among 2nd rotation conifers, quite close to a used track high up the mountainside. This male was one of a brood of 3 that fledged successfully from the nest. After fledging he remained in the nest area for some weeks when he could be heard calling/begging for food and being fed by the adult female who was still on site. Young harriers can be quite noisy when they’ve left the nest especially when they are still at least partially dependent on the adults for food prior to dispersal.

The nest was located in June although the pair had been on site since April. However, the nest area was difficult to observe as it is hidden in a large continuous block of forestry making it difficult to pin point the exact nest location. Hatching was confirmed by watching adults bring food to the nest from a remote vantage point and the nest visited for tagging (under licence from NPWS & BTO) when the chicks were estimated to be some 4 weeks old. Often at harrier nests with multiple chicks there may be quite a variation in the size and development of chicks within the brood, from a near completely feathered and well grown chick to one or two with large patches of down and flight and wing feathers still growing, and sometimes a ‘runt’ with much less feather growth. Often these chicks, usually the last to hatch, sadly don’t make it to fledging.

The name Fionn is derived from one of the higher hills in the Ballyhouras, Seefin, on the north (Limerick) side of the range. This translates literally as the ‘bed of Finn’ or the last resting place, one of many, of the great mythical Fenian warrior, Fionn/Finn MacCumhaill. The many great adventures of Fionn and the Fíanna are the stuff of legend, such as building the Giant’s Causeway as stepping stones to Scotland to fight a Scottish giant! Local lore in the Ballyhouras suggest that the outline of the hills as seen from the north depict Fionn’s body with the peak of Blackrock Mt,. as his head, Seefin as his folded arms, and Long Mountain his legs!

This instalment was first posted on the joint project blog http://henharriertracker.blogspot.ie/ created by RaptorLIFE, the National Parks & Wildlife Service (NPWS) and the Irish Raptor Study Group. All three organisations are involved in the research and monitoring of Ireland’s hen harriers and the progress of these tagged hen harriers can be followed on this new blog.